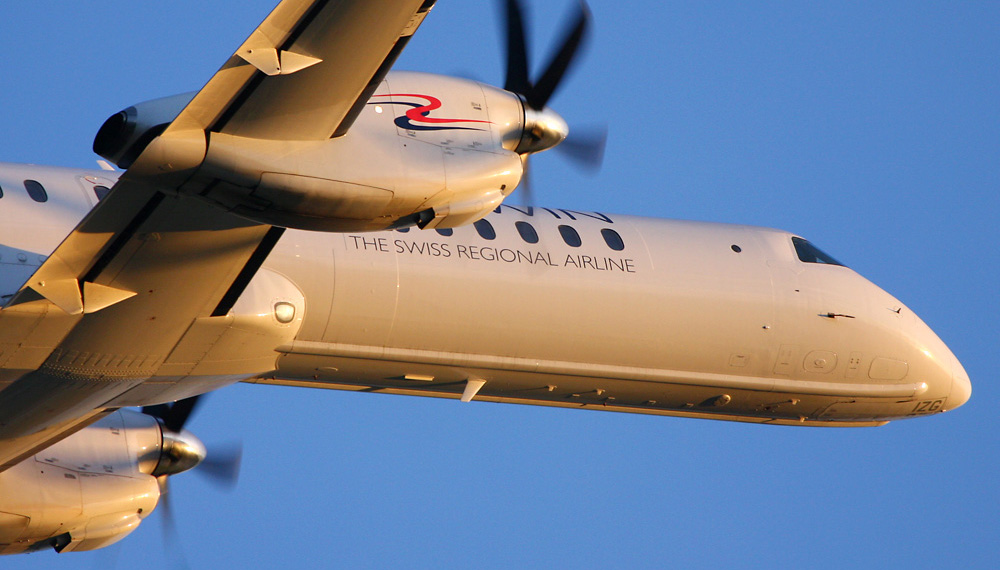 Darwin Airline, the Swiss airline that operates under the name “Etihad Regional” in various European countries, announced a change in ownership.

The existing shareholders, including Darwin’s strategic partner Etihad, have agreed to sell their shares to a new Swiss subsidiary of Adria Airways. The Slovenian carrier is the leading regional airline in Southeastern Europe and a member of Star Alliance.

Under the terms of the new agreement between Darwin’s current shareholders and 4K Invest of Luxembourg, the owners of Adria Airways, the airline will continue to operate under its current legal name Darwin Airline SA with its own air operator’s certificate (AOC), but will change its marketing brand from Etihad Regional to Adria Airways Switzerland.

Lugano in Southern Switzerland will remain the company’s headquarters, with Geneva as its second base. Adria Airways will take over some of Darwin’s administrative and operational tasks and will market the Swiss airline’s services. CEO Maurizio Merlo has decided to step down and take on a new challenge. He is replaced by Heinrich Ollendiek (56), who until now acted as Adria Airways’ Chief Financial Officer.

“Darwin is an excellent airline with experienced management and staff. Extending our network and, consequently, optimizing cost structures will create a win-win situation for both carriers,” says Dr. Arno Schuster, CEO of Adria Airways. “Our experienced commercial department will market Darwin’s flights under the brand name Adria Airways Switzerland”.

Adria Airways is the national carrier of Slovenia. It was founded in 1961 and privatized last year. The company is 100% owned by 4K Invest, a Luxembourg-based private equity fund. Adria Airways is headquartered in Ljubljana and operates a fleet of Airbus A319 and Bombardier CRJ900 and CRJ700 aircraft that serve 19 destinations in Western and Southeastern Europe with 196 flights per week.

Adria Airways transported 1.3 million passengers in 2016 and generated total annual revenue of some EUR 157 million. The workforce currently numbers around 400 personnel. Adria Airways has been a member of Star Alliance since 2004.

Darwin Airline was founded in 2003 with the prime aim of connecting the southern part of Switzerland, the Ticino, and its economy with the country’s main Zurich and Geneva financial centers and airline hubs. Following the acquisition of 33.3% of its shares by Etihad Airways, Darwin joined the Etihad Group of airlines in 2014 and adopted the Etihad Regional marketing name.

“The decision to sell this minority stake in Darwin is a result of the on-going strategic review of our investments and a decision to concentrate on our other partnerships. We wish everyone at Darwin well in the future.”

“Adria Airways, with its extensive expertise, its strong route network, especially in the Southeast European market, will be very beneficial not only to the future of Darwin but also to the Ticino region we serve, which needs good connections with the rest of Switzerland and throughout Europe,” says Emilio Martinenghi, Chairman of the Board of Directors of Darwin Airline. He also points out: “Darwin Airline SA is well capitalized and solvent and able to honor all its obligations towards its creditors.”

The parties involved have agreed to maintain confidentiality on the terms of the sale transaction.

Darwin Airline SA made a profit in 2016 and has a positive outlook for the current year .