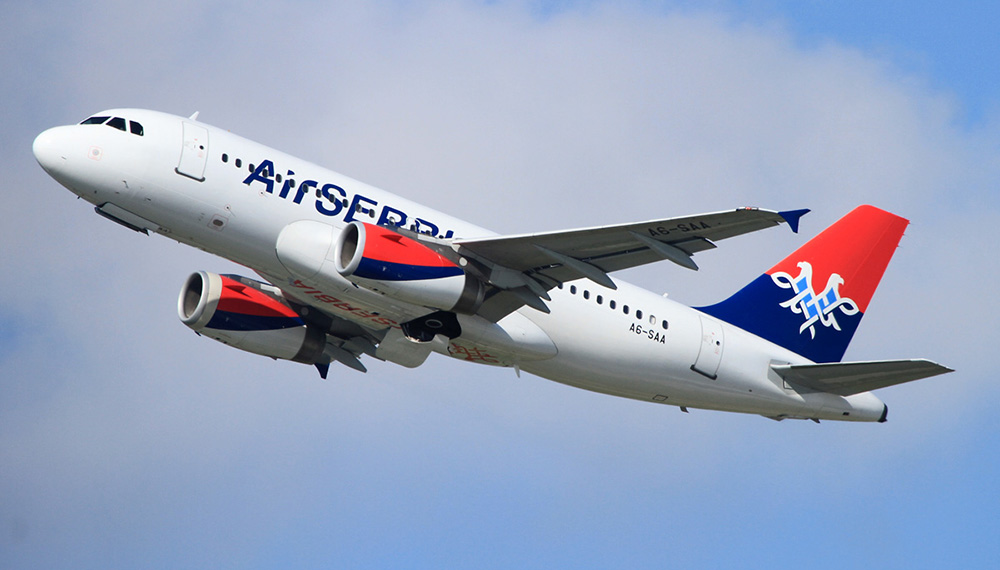 Air Serbia, the national airline of the Republic of Serbia, has announced its strongest-ever first quarter operational results.

The Belgrade-based airline carried 453,859 passengers in the first three months of 2017, representing a year-on-year increase of 8 per cent compared to Q1 2016, when Air Serbia carried 419,824 passengers.

The growth in passenger traffic was mirrored by a dramatic rise in cargo tonnage, with 1,490 tonnes transported in the quarter, up by 70 per cent over the 877 tonnes flown in 2016.

Available Seat Kilometres, a measure of Air Serbia’s passenger-carrying capacity, stood at 834 million at the end of Q1 2017, an increase of 20% over the same period last year.

In spite of the significant increase in capacity, the seat load factor grew to 67 percent, up from 63.6 percent in Q1 2016.

Dane Kondić, Chief Executive of Air Serbia, said: “Our operational performance in Q1 2017 has been outstanding and reflects our continued efforts to enhance our travel proposition and capture more travel demand to and from Belgrade.

“We have continued to increase choice and convenience for our guests by introducing new travel options in Q2, so travellers can now select their preferred seat, buy additional baggage and purchase passes to our Premium Lounge in advance.

“The introduction of these new services, as well as other exciting developments we have planned for 2017, will ensure the upward trend of Q1 continues into the year.”