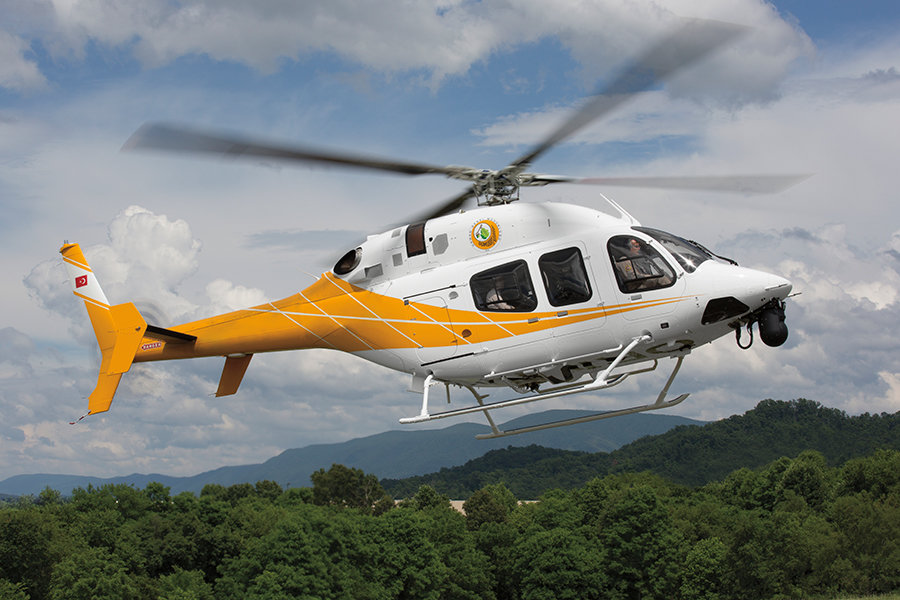 Bell Helicopter company, is delighted to announce that the Bell 429 fleets of the Turkish National Police and Turkish General Directorate of Forestry have reached a 95% operational Availability Rate and that the aircraft is continuing to be successful in country supporting public safety, assisting to prevent fires and preserve Turkish Forests.

“I am proud that the Turkish National Police have achieved such excellence. They are superior aviators, and the Bell 429 is a fantastic helicopter, “said Clay Bridges, Bell Helicopter, Regional Manager, Turkey. “In operating these 15 Bell 429s while performing such difficult police missions, they have saved lives and helped make Turkey safer in challenging times.”

Turkey has been a very successful market with Bell garnering over 50% of the total market for the last five years. There are 26 Bell 429s in the country used in parapublic, EMS, and corporate missions in the skies over Turkey every day.

The Bell 429 is not just successful in Turkey; it continues to gain customers for supporting public missions around the world. Bell Helicopter has recently delivered seven Bell 429s to the Swedish National Police, four Bell 429s to the New York Police Department, and the first of two Bell 429s to the Slovakian Police. The multi-mission Bell 429 delivers exceptional speed, range, hover performance and enhanced safety margins.

“The aviation department of the Directorate General of Forestry has been truly amazing. Even though the 429 is a superior helicopter, the performance and professionalism of the Forestry pilots and technicians make it easy to achieve results like this,” said Bridges. “We, at Bell Helicopter, are honored to be able to support the Directorate General of Forestry to preserve the resources of Turkey.”

The state-of-the-art technology in the Bell 429 includes a fully integrated glass cockpit, advanced drive system, best- WAAS navigation and IFR capability. The Bell 429 has more cabin space than any other light twin helicopter, with flat flooring and seating for seven passengers and one flight crew. When time is of the essence, the Bell 429’s 60-inch wide side doors and optional rear clam-shell doors provide quick and easy access.

Bell Helicopter provides its customers with local support in every corner of the world and has the largest support network in the industry with more than 100 Authorized Customer Service Facilities in 34 countries. Ranked number one in customer support for 22 consecutive years by Professional Pilot magazine, Bell Helicopter is committed to having resources where customers operate to speed up delivery of service and support and give customers access to service professionals that are easy to reach, know the operating environment and understand their needs.